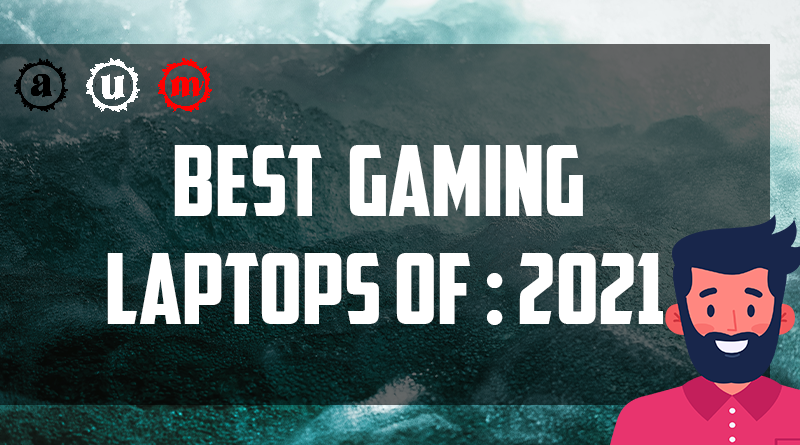 How to choose one of the best gaming laptops

Power or portability? You’ll need to consider what type of gaming and where you’ll be doing it before you decide what’s the best gaming laptop for you. Do you plan to mostly play triple-A demanding games at home and on a desk, but have the scope to occasionally move your machine, then a chunkier and more powerful gaming laptop, like the Alienware Area 51m might be best. But if you plan to carry your gaming laptop around a fair bit, say for LAN parties, then a thinner and lighter laptop like the MSI GS65 Stealth Thin could be for you.

Display:  These days there’s a wide range of display choices for gaming laptops. You can get a standard 60Hz 1080p panel that might come with built-in anti-screen-tearing features like Nvidia’s G-Sync. But if you’re willing to pay more, you can get gaming laptops with high refresh-rate displays, often sitting at 144Hz. But the latest machines can hit 240Hz, with those on the cutting-edge sporting 300Hz displays. HIgh refresh-rate displays are great for people who play fast-paced games such as Overwatch or Counter-Strike: Global Offensive. But if you mostly plan to plug in an external monitor, then you might be better off saving money by going for a 60Hz Full HD screen.

Budget or high-end? If you don’t want to break the bank by paying for a gaming laptop, then a budget machine, like Acer’s Nitro 5, could be for you. It won’t run the very latest games at the best frame rates but will be more than capable for decent 1080p gaming. But if you want a real monster of a gaming laptop that’ll easily chew through the most demanding games, then a laptop like the MSI GT75VR Titan is worth checking out but do be prepared to pay quite a bit for a high-end laptop.

Gaming only, or work as well?  The good thing about gaming laptops is they have plenty of power for professional tasks as well, such as video rendering or CAD work. As they can be an expensive purchase, it might be worth looking at getting a machine that can pull double duties as a gaming and work laptop. Machines like the Asus ROG Zephyrus G14 or the Razer Blade Pro 17 are good examples of this, offering a form-factor that’s slim enough to easily take them to work, yet also have a powerful enough specification for triple-A gaming.

The gaming laptop to beat

One of the most challenging aspects of making a gaming laptop is to create a machine that packs in enough power for true gaming performance but also is actually slim and light enough to be easily transported around and even used on your lap. It’s here that the Asus ROG Zephyrus G14 comes into play. It achieves this balance by making use of the AMD Ryzen 9-4900HS processor, a new laptop-grade CPU that comes with AMD’s latest tech to deliver power without draining a battery pack in moments. Add in the Nvidia GeForce RTX 2060 Max-Q GPU and you’re looking at a very powerful 14-inch laptop.

It delivers the goods in gaming but also delivers 11 hours of battery life when you’re not gaming, so makes for a decent workhorse machine as well. And at a price that ranges from $1,049 and ranging up to $1,999, the ROG Zephyrus G14 is pretty affordable depending on the spec you opt for. And even in its top specification, it’s still cheaper than other gaming laptops. You don’t get a webcam and the keyboard backlighting has some issues, but other than that this is our number one pick for the best gaming laptop.

The Alienware m15 R4 is a sleek and functional gaming laptop, powered by an impressive Nvidia GeForce RTX 3070 GPU. While this machine can easily run you $2,500 (or more), in return, you’ll get a streamlined and relatively lightweight device with a slick white chassis and an RGB keyboard. With a fast CPU, lots of hard drive space and a surprisingly good touchpad, the m15 R4 is a suitable tool for both work and play.

If you pick up this laptop, be aware that the fan can get very loud, and that the battery life isn’t really long enough for sustained productivity or gaming. Those (and the price) are about the only drawbacks, though. This machine can run the latest games at demanding settings, and thanks to its cutting-edge hardware, it’s sure to last you for years to come.

The Blade 15’s uncomfortable keyboard, unresponsive touchpad, and unintuitive screen refresh rate are less than thrilling, but these don’t do much to detract from an otherwise excellent product — particularly if you’re willing to bring some of your own peripherals to the party.

The Alienware m15 R4 is similarly priced and scoped, and both offer great gaming performance in a slim package, though the Razer Blade 15 Advanced is just a bit lighter and a bit smaller.

If you’re looking for a premium gaming laptop with great performance — and an especially killer display — the Acer Predator Triton 500 is one of the best gaming laptops you can buy. The latest Triton 500 stands out with its 15.6-inch 1080p screen, which not only looks great, but packs a blistering 300Hz refresh rate for playing the top PC games at the fastest framerates possible.

The laptop’s Nvidia GeForce RTX 2080 Super GPU can handle the latest AAA titles at high graphical settings, and its 10th Gen Core i7 CPU blows through everyday productivity tasks with ease. There’s also its elegant black design, which packs in plenty of ports for connecting peripherals and external monitors. While its performance comes at the cost of battery life and heat, the Triton 500 is a great premium buy for folks who want great performance and an even greater display.

If you’re after an affordable but well-specced gaming laptop, the Dell G5 15 SE 2020 is well worth your consideration. Its distinctly un-flashy name hides a very capable machine clad in a rather neat if unassuming chassis, for less than $1,000. And despite its price, it can keep up with some of the more expensive gaming laptops, especially at 1080p. You can expect very playable frame rates in the likes of Shadow of the Tomb Raider when running at max settings.

Dell has opted to go with an all AMD configuration, with a Ryzen 5 4600H or 4800H taking care of processor duties, and the Radeon RX 5600M handling the graphics. With up to 16GB of RAM and 1TB of SSD space, the Dell G5 15 SE 2020 is a very capable gaming laptop. You’ll have to pay $1,049 for the best specs, but that price also gets you a speedy 144Hz refresh-rate display. A plastic build might not scream ‘premium’ but it still looks rather sharp and could even pull double duties as a powerful work machine if needed.

Like all of Alienware’s gaming laptops, Alienware m17 R2 is expensive. However, for the price points of the fancier m17 R2 models, you’ll get top-of-the-line GeForce RTX GPUs, Core i9 CPUs and more storage space than a U-Haul facility.

What differentiates this laptop from the others we’ve listed is its best-in-class battery life, clocking in at roughly 4 hours. For RTX-carrying hardcore gaming laptops, hitting the 4-hour mark is an accomplishment. Plus, at under 6 pounds, the m17 R2 isn’t impossible to lug around in a backpack, making it an option worth investigating for traveling gamers who demand ultra-high graphics on the go.

The laptop for economy gamers and AMD fans

A rarity in the gaming laptop scene, the Acer Nitro 5 offers good performance for a price that’s actually reasonable to regular people: under $900 for the model with the Intel CPU and Nvidia GPU, and under $700 for the model with the weaker AMD parts. Either model can handle most modern games at max settings with frame rates near the magical 60-frames-per-second mark, and they do this at a ridiculously small fraction of the cost of other gaming laptops on this list. Check out all the positive user reviews cheering on the Acer Nitro 5 for these reasons and more.

For laptop gamers who support only AMD, the Nitro 5 also presents the rare opportunity to ditch Nvidia and Intel entirely. So, whether you’re a thrifty buyer who demands good value in your technology or an ardent AMD fan who refuses to convert to the opposition, Acer’s Nitro 5 has something to offer you.

A premium laptop with a gaming spec

OK, it’s not a gaming laptop per se, but the Dell XPS 17 can come with a decent gaming spec. Its lower-end specification comes with a 10th Gen Core i5-10300H CPU and Nvidia GeForce GTX 1650 Ti, which can run games but isn’t exactly a gaming beast. But opt for a model with the Core i7-10875H and the GeForce RTX 2060 graphics card, and you’re looking at a machine that will run modern games at 1080p resolution with relative ease.

And with the Dell XPS 17, you’re getting a rather neatly designed and portable big-screen laptop that doesn’t scream gaming machine; it’s quite the opposite in fact, sporting a premium design that’s up there with the likes of the 16-inch MacBook Pro. The downside is such a specification in such a premium body will cost you a fair bit of cash, with the top-spec XPS 17 going for $2,792.

But for that money, you’re getting a machine for work and play and anything in between. And you also get a rather high-end 4K touchscreen display with the virtually bezel-less InfintyEdge design.

This is a demo website for testing purposes. The Website Is Currently in Building Process , Please Be Patience With Us We Will Launch the Website as soon as possible. Dismiss